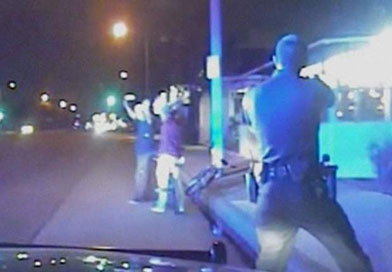 A federal court has forced the release of dashboard camera videos from 2013 showing two unarmed men being shot in the streets by officers, one fatally.

The videos show three men confused by the police, possibly from lack of language skills.

A green laser dot tracks one of the men and when he removes his baseball cap, officers begin shooting.

Citizen tax payers will foot the $4,700,000 settlement the city paid hoping to keep the videos from being discovered. A judge decided there was substantial public interest for allowing police behavior to be known by the public that employees them and funds their settlements.